Neurokinetic Therapy®, developed by David Weinstock, is an assessment and treatment tool that aids in addressing the causes of pain, dysfunctional, and movement/coordination problems at their root in the motor control center in the cerebellum. 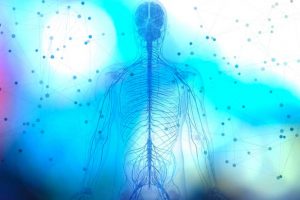 Think of the brain as a GPS system.

As with a GPS system if you hit a roadblock the GPS will reroute you in a new direction. The same is true for the brain. When trauma, injury, or dysfunction happens in the body the brain reroutes the information it’s sending to the body towards a new area to keep you moving forward. This then gets stored as a “better/safer” route and will become the new path traveled. With the NKT protocol, this new dysfunction can be identified and corrected as a team effort from both the therapist and the client.

What can NKT help with?

Did you know scars can play a major role in pain & movement dysfunction?

You may have a well-healed scar on the outside after an injury or a surgery but its what is on the inside where the truth lies. Using the level 3 NKT® protocol dysfunctions within scars can be found.

Read more on my thoughts section about scars.